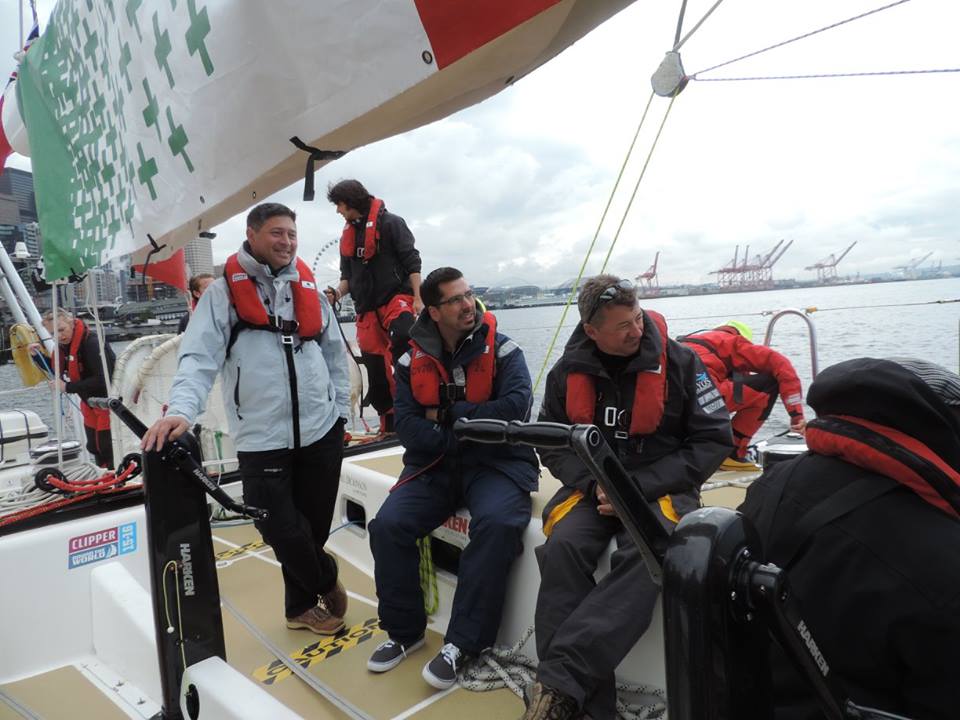 On April 17, 2016, Martin Frey became the first person in the world to climb the Seven Summits and sail the Seven Seas. He began his challenges in the mid 2000s and proceeded to scale the summits one by one. Once the trekking was completed, he turned his attention to the ocean and proceeded to sail halfway around the world with his wife, Kym, and daughter, Lily. In January 2015, Frey joined the EUROPA and Aventura III expeditions to cross the Southern and Arctic Oceans. Next up, he participated in the Clipper 2015 – 2016 Round the World Yacht Race aboard the Visit Seattle yacht to sail across the North Pacific to complete his remarkable achievement of sailing all the Seven Seas. As a vastly experienced mountain trekker and sailor, he firmly believes in the need for telemedicine in remote situations. 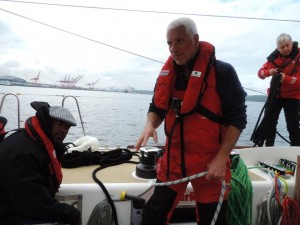 Over the course of his 11 year journey, he faced many perils and challenges and realized the immense value of telemedicine especially in remote locations. Frey answered a few questions for us on his recent experience using PRAXES’ service during the Clipper Race and why he thinks it’s a must-have for remote adventurers.

The Clipper Race has been full of dramatic and unpredictable moments. Can you describe what happened when you needed assistance from PRAXES?

We were thousands of miles from land and I started to get red welts and spots all over the back of my hands and we couldn’t figure out why and where they were coming from. Having PRAXES there to call was fabulous. Our skipper, Huw Fernie, was the one to call and I think he was nervous that I was going to have a disease that might take me down. The doctor on the line helped work us through exactly what it was and diagnosed it as trench foot – something that the WWI soldiers had in the trenches in France. We sent a picture through and the fact that she was able to look at it was a big help. We were on the phone for about 30 minutes and she asked subtle questions like – ‘Is it more red around the edges?’. She asked specific questions, things that we wouldn’t have thought to check, and this really made a big difference in finding out what the root cause was. I have sailed through the South Pacific and visited some clinics on tiny islands with very questionable medical practices so knowing that we had a world-class team of physicians to support us through PRAXES was very reassuring.

In your opinion, was PRAXES’ service effective?

Absolutely, I think whenever you have a team race like this or these kinds of situations where you are out in the middle of nowhere, remote medical support is definitely the way to go. I would recommend PRAXES to anyone and I think it was a big help during the race.

What was the outcome of this situation and do you feel it would have been different without PRAXES’ support?

She recommended drying out and staying warm, which we had a good laugh about because those are two things that don’t happen in the Pacific! It’s healed now and I’m doing fine. However, I think we would’ve been quite nervous if it wasn’t properly diagnosed because these red blotches were continuing to spread and it turned out to be because of the wet gloves I was wearing and the conditions we were dealing with.

From your perspective, what are the advantages of having 24 – 7 remote medical support on-call for the duration of the Clipper Race?

Simply having expert advice on-call and to advise on whatever medical situation the crew might be dealing with at any time is a big advantage. Another crew member on our yacht burned herself and we also had more serious incidents to deal with. Just knowing that they were there to support us gave us as race participants a huge sense of confidence going forth on such a dangerous adventure. During my Everest expedition, we had a doctor at base camp on our team and on other expeditions we’ve used a remote medical service and it’s incredibly reassuring. I’m a big believer in it.

For more information on the remote health services PRAXES offers or any other questions you may have, please contact us: